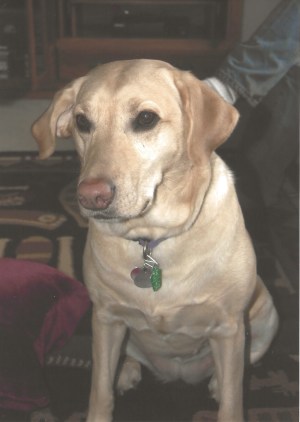 David M. Kreitzmann, age 62 of Pewaukee, WI passed away on December 9, 2019, at Heritage Court Waukesha. Dave was born on July 11, 1957, to Earl and Dorothy (Klecker) Kreitzmann in Waukesha, WI.

Dave graduated from Waukesha South High School in 1975. He then attended UW-Milwaukee where he earned his bachelor’s degree in transportation and highway engineering in 1989, all while also working as a surveyor for the City of Waukesha. Dave worked at MSA in Baraboo until 1999 and worked at the WI DOT in Madison until retiring in 2014.

An avid outdoorsman, Dave was happiest when sharing his passion for hunting, fishing, camping and all things outdoors with the people he loved the most -- his son, Tanner, and daughter, Emma. Dave was always ready for the next great outdoor adventure with his beloved dogs, Lucky and Rhapsody, family and friends -- from annual trips to the Boundary Waters to turkey hunting excursions and everything in between.

When he wasn’t outdoors, Dave loved spending time on the sidelines cheering on Tanner and Emma as they competed in various sporting events. He especially cherished the time he spent coaching his children’s sports teams while they were growing up.

David is survived by his children, Emma Kreitzmann of Littleton, CO and Tanner Kreitzmann of Seattle, WA; his siblings, Chris (Phil) Wittig of Mukwonago, WI, Steve Kreitzmann of Graham, WA, Barb (Mike) Gregware of Waukesha, WI and Jim (Leeann) Kreitzmann of WA; other relatives and friends.

Preceding him in death are his parents, Earl and Dorothy and a sister-in-law, Betsy.

Funeral Services for David will be at 11:30AM Saturday, January 11, 2020 at Thelen Funeral Services (W309S4840 Commercial Drive, North Prairie, WI—NW corner of Hwy’s 83 and 59).  Memorial Gathering from 10:00 to 11:30 AM at the Funeral Home.  A time of continued fellowship and a light reception will follow the services.

The family would like to extend a THANK YOU to the staff at Heritage Court Waukesha for all the loving care they showed Dave over the years and to Heartland Hospice.

Memorial contributions in David’s name can be directed to Katy’s Kloset in Waukesha or to the Wisconsin Parkinson Association.

Thelen Funeral Services of North Prairie/Genesee is honored to be assisting the Kreitzmann family.

To send flowers to the family or plant a tree in memory of David M. KREITZMANN, please visit our floral store.