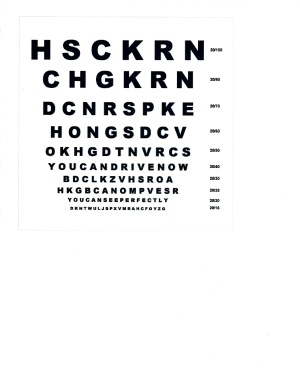 Our super man has left us. After a 20-month fight with pancreatic cancer, Roger (85) leaves behind his devoted wife, Lois (Bell) of 61 years, his children Russell and Shari (Todd Showers) and grandchildren Allen Knutson, Sydney and Nicholas Showers. He was a dedicated professional, greatly admired by his patients. His Optometric practice spanned 50 years in Greendale from 1964-2014. He was instrumental in the formation of the Kettle Moraine Optometric Society (1966), Vision Service Plan of Wisconsin (1976) and even the Kettle Moraine Tennis Club (1973). He was a member of the AOA, WOA, Greendale Lions Club, Wales Planning Commission and Naga-Waukee Men’s Golf League.

Roger was born in Milwaukee on April 6, 1936 to Art and Belinda (Kuhls) Knutson. He was preceded in death by his parents, his siblings; Roland (Betty), Richard, and Carol (Glen Proeber Sr.); nephews Brian and Wayne; brother-in law Dic Bell. He leaves behind his sister-in-law Phyllis Knutson and many nieces and nephews.

After high school Roger attended several colleges looking for his life’s career.  He married his college sweetheart, Lois, and they headed west to Pacific University in Forest Grove, OR, where he received his BS (62) and OD (63) degrees. What a life they had exploring the world with their family and friends; Australia, Caribbean, Tahiti, Europe (especially Norway), Panama, Peru, the Baltic and most of the beautiful US.

Roger was a man of many interests and “no grass grew under his feet!” He loved hunting, golf, tennis, gardening and being “jack of all trades” around the house. Mint shape! Joke telling was his specialty and the Singing Machine could occupy him for hours. His sweet tooth was legendary. He was a true gentleman: he looked the part, played the part and was the part.

A huge thank you to the Aurora Hospice staff and his nurse, Echo.

Funeral services for Roger will be held on Saturday, October 23, 2021 at Christ the King Lutheran Church (1600 N. Genesee Street, Delafield, WI). Memorial visitation will be held from 10:00AM until the time of service at 12:00 noon.

In lieu of other expressions of sympathy, memorial contributions can be directed to the family for distribution to Roger’s many favorite charities.

Thelen Funeral Services of North Prairie/Genesee is honored to be assisting the Knutson family.  262-392-4251

To send flowers to the family or plant a tree in memory of Dr. Roger Russell KNUTSON, please visit our floral store.

A Memorial Tree was planted for Dr. Roger

Join in honoring their life - plant a memorial tree