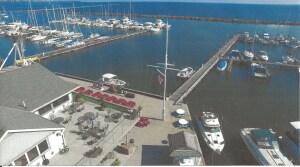 WAYNE "BUZZ"  GORDON TRINKLE  was the son of Clark and Winifred Trinkle, born on January 18, 1943.

He married Lynn Ervin on March 20, 1964.  They had two sons, Jeffrey Wayne Trinkle, who preceded him in death; (Ranette), and Brian Scott Trinkle (Jody).

Wayne is also survived by his sister, Pauline Stollenwerk and his nephews,  Jason, Justin and Jared Wasielewski.

Wayne is also survived by many friends with a special mention given to Raymond (Butch) Luedke,  Doris Maher, Mary Swanson and Carol Brennan.

Wayne was hired as  the 7th employee of Reliable Paper Co. in 1964.  He was a dedicated employee for 30 years and upon his retirement in 1994, he moved to Las Vegas,  and Henderson, Nevada.

His love of boating on Lake Geneva in Wisconsin moved along with him to Nevada, where he had many happy memories of time spent on Lake Mead.

Wayne will be buried in a private service at Holy Innocents Cemetery in Nashotah, WI, beside his son, Jeffrey Trinkle and his parents.

A Celebration of Life will be held at South Shore Yacht Club, 2300 E. Nock St., Milwaukee, on July 12th from 2:00pm to 5pm, hosted by his sister Pauline and her family.

Please join us in sharing your memories of Wayne.

To send flowers to the family or plant a tree in memory of Wayne Gordon TRINKLE, please visit our floral store.